Just come and take a look! Pavtube Studio is going to offer us a big 50% discount of Video Converter for Mac, which is a professional converting tool for all users! What are you waiting for? Let’s just enjoy this Easter surprise in the following guide!

According to the long history from west, Many churches hold special services on Easter Sunday, which celebrate the Jesus Christ’s resurrection after his crucifixion. Many people also decorate eggs. These can be hard boiled eggs that can be eaten later, but may also be model eggs made of plastic, chocolate, candy or other materials. It is also common to organize Easter egg hunts.

Are you still interested in the old celebration activities during Easter days? Why not shoot some personal Easter videos with your friends? It is hot to share the personal movies online (YouTube, etc) after editing in NLEs like FCP, iMovie, etc. In this way, in order to remove the formats limitation, Pavtube Video Converter for Mac can handle all the video conversion work well. Especially from 2015 March 30 to April 5, we can enjoy the big 50% discount there! Is that cool?

1. Various videos you can choose as output

2. So many output formats for NLEs and media devices

There are various media devices and smart phones or different editing tools offered on the output list for us to choose if we need. Such as the Apple devices, Android devices or other NLEs like FCP, iMovie, FCE, Avid MC, Premiere Pro, etc. So you won’t worry the output ones there.

3. Edit and enhance your video before converting

Take advantage of the handy editing tools that let you adjust your video however you want. Cut or trim media files and convert any selected section of your movie. Merge multiple video or audio files. Crop, flip, and rotate your footage. Fine-tune video parameters: brightness, contrast, and more. Improve the quality of your video with the help of auto filters. Add captions and overlay watermarks to complete your video.

Due to the size of your original files and the output video formats you choose, you won’t wait the conversion results for a long time! Moreover, we would like to mention that it has the concise interface and simple items we can learn well.

In a word, just open the main interface, with ‘Add files’ we can easily load them in. Then on the output list, drop down the list to find the suitable one as output. Next, if you are advanced users, you may need the ‘Settings’ or ‘Edit’ buttons to adjust more video and audio parameters there. Finally, click the ‘Convert’ button, we can easily get the conversion started!

No matter for sharing the Easter videos on websites or editing the celebration movies with NLEs, this professional Mac Video Converter won’t make you disappointed! Just come to have a look! 50% discount in Pavtube Studio during Easter celebration days!

Why do Mac users need video converter software on Mac?When you are doing to watch some videos on Mac, have you met the trouble of ‘Error message’ appeared on the screen? Usually the problem is that you do not have the application necessary to play the file. For some HD video formats which shot from HD camcorders such as MXF, XAVC videos, in this way we may need some MXF converting tips or XAVC video converter introduction to help us a lot in watching.Take advantage of Mac Video Converters’ Convenience:Features:Any Mac converter worth its salt should be able to perform basic tasks like converting an AVI to an MP4. The best Mac video converters do much more. Features like batch conversions, the ability to download videos from popular sharing sites like YouTube and Vimeo, and basic video editing tools.Compatibility:There are a lot of video formats out there, and it’s not uncommon for even the lowliest video converter to be able to create any popular file type. The best Mac video converter software should have comprehensive file compatibility for both standard and high-definition videos.Ease of Use:Converting video files used to be a complicated task. These days, it should be a relatively simple affair. A good Mac video converter should have an intuitive drag-and-drop interface and a large device-specific preset library. Hot Search: 2016 MXF Converter | XAVC Video Converter | MTS/M2TS Converter | Mac HD Video ConverterTop 5 Best Mac Video Converter are listed below:No.1 Pavtube Video Converter for Mac (Highly Recommend)As the old famous video studio on the market, Pavtube studio has a good reputation among our users’ hearts. It’s an all-in-one media conversion program that can almost handle all videos nicely here. With Pavtube Video Converter for Mac, you’ll have free access to watching SD videos (e.g. YouTube FLV/F4V, MP4, AVI, MPG, WMV, etc), digital camcorder recordings (e.g. MXF, MTS AVCHD, MOV, MP4, MVI, etc), DVR videos (Tivo), audio files (e.g. MP3, MP2, WMA, FLAC) on devices such as Apple/Android/Windows series, media players, game consoles, etc.

Main features you will be interested in:1.Convert all popular media formatsConvert between the most popular media formats with Pavtube Video Converter for Mac: H.265 HEVC, AVI, MP4 (including H.264 codec), FLV, SWF, MPEG-1,2, MPEG-TS, WebM, OGV, RM, 3GP, MKV, WMV, and QuickTime video (MOV). Process 4K Ultra HD video. Upscale SD to HD. Convert audio files in AAC, FLAC, MP3, Monkey’s Audio, OGG, WAV, M4A, and WMA. Now you can convert image files too!2. Choose from dozens of smart presets for mobile devicesWatch your movies and clips on any mobile device: just choose your model from the list and convert video on your Mac for Apple iPad, iPhone, iPod, Apple TV, Android smartphones and tablets, Sony PSP, and more. Over 40 new optimized conversion presets for iPhone 6(plus)/6s(plus), HTC, BlackBerry, Samsung Galaxy S7(Edge) and Galaxy Tab S series, Sony Xperia series, Sony PlayStation 4, Xbox One/360, and other new devices.3. Edit and enhance your video before convertingTake advantage of the handy editing tools that let you adjust your video however you want. Cut or trim media files and convert any selected section of your movie. Merge multiple video or audio files. Crop, flip, and rotate your footage. Fine-tune video parameters: brightness, contrast, and more. Improve the quality of your video with the help of auto filters. Add captions and overlay watermarks to complete your video.

Handbrake is a versatile, free tool for ripping and converting video on your Mac. This Mac free video converter could convert between practically any type of video source for users to better manage your video library and convert videos for all popular mobile players including iPad, iPod, Apple TV, PSP, etc. However, people should also know that Handbrake is relatively weak in stability and sometimes the process may break for some reason during the video conversion. Moreover, the novice users may be discouraged by the potentially confusing settings. Thus, MacX Video Converter Free Edition could serve as a good alternative to Handbrake for users who needs a stable and handy video converting program.No 4. MPEG Streamclip

MPEG Streamclip is a video converter that does many of the same things as Handbrake and Miro, but with a bias towards video producers. Unlike many such tools that are often based on open-source components such as ffmpeg, MPEG Streamclip is built from the ground up by its single developer Stefan Cinque. While Handbrake caters for DVD transcoding and Miro is aimed squarely at the YouTube generation, MPEG Streamclip supports raw video in DV and some bespoke camcorder formats.

In order to find an all-in-one video/audio converter, player, editor and fully compatible with all Mac OS X systems including El Capitan, Yosemite, Mavericks, Mountain Lion, Lion, etc. A MPEG Streamclip Alternative should be take into your consideration. There are more than one software on the market can work as the replacement to MPEG Streamclip, but which is the best one? Get the the all-in-one Alternative HERE.

Consumer-grade compressors are made for smaller needs around the house. If you need to inflate sporting goods, toys and tires and not much more, this is the right grade for you. They can also power tools such as staple guns and nail guns used by carpenters and others. Different forms known as inflators are available for keeping your tires at the correct pressure. They are portable, so can be stored in the trunk. The downfall is that they can take about 15 minutes to use, which is much better than trying to find “air” at your service station or at food mart. PavTube Video Converter for Mac is considered as a fast and smart Apple Compressor alternative and replacement.

At the end of the day, video file conversion should be simple, fast and effective. The best Mac video converter software makes what used to be a time-consuming chore into something you can take care of in just a few minutes.
Additional Tips: 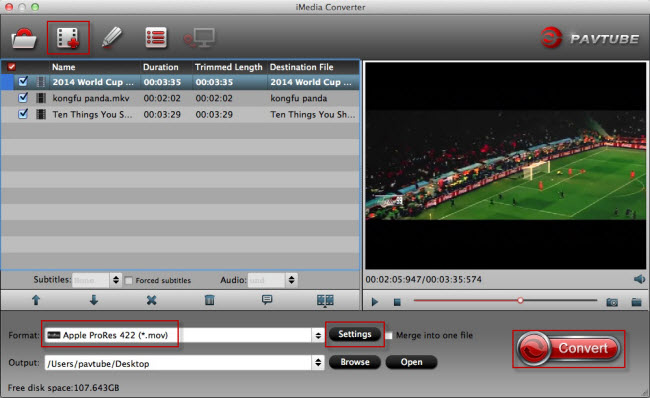 Overall, this all-in-one mac app tool can easily handle pretty much anything threw at it and then spit it back out in a new format with the fastest encoding speed, while limits the loss of quality as much as possible, so you can view your videos on virtually any device including iPhone, iPod, iPad, Android, Blackberry, Windows device; playing converted videos via any media player software; edit videos files for further use.Plus, as a BD/DVD ripping tool, it offers comprehensive BD/DVD solution to backup/copy Blu-ray and DVD with original structure, and convert 2D/3D Blu-rays and standard DVDs to watchable video/audio format for mobile devices. Just import the video, choose the output format from the For